Ready yourself for the big band swing stylings of the 23-piece Dhahran Big Band. Featuring musicians from all over the world, The Dhahran Big Band will swing through a catalog of big band era classics, delivering the rich sound only a big band can deliver.

Be at the venue early for a chance to grab a special jazz festival gift pack!

Big Bands began their rise to prominence in the US in the late 1920’s, and by the late 1930’s were hugely popular. Swing was the pop music of the day.  Legendary bandleaders like Duke Ellington and Glenn Miller were capturing the audience’s ears and hearts in live concerts, on the radio, and on records. The bands were grooving and the crowds were dancing. This was the Swing Era. Big Band music was everywhere.

A traditional Big Band was made up of 5 saxophones, 4 trombones, 4 trumpets, and a 4-piece rhythm section (piano, guitar, bass, and drums). There were, and still are all sorts of variations in instrumentation and repertoire. Times and tastes have changed since the 30’s, but Big Bands have remained, in many different iterations. Swing has led to Bebop, Afro-Cuban, Cool Jazz, Jazz Fusion and many other forms, innovating and developing into the present day. Modern Big Bands usually play music of a variety of different styles and periods from this almost 100-year musical history.

The Dhahran Big Band has just a three year history as a band, but we are covering music that spans from the 1930’s to the present. At one of our shows you might hear the Glenn Miller classic In the Mood, which was first recorded in 1939, and is one of the most recognized and popular instrumentals of the 20th century. You will likely hear some charts (what we call sheet music for a Big Band) by one of our favorites, Sammy Nestico, who arranged classics like The Queen Bee and Hayburner for the Count Basie Orchestra. You could also hear a tune like Stealin’ Apples, made famous by Benny Goodman, the clarinetist and bandleader known as the “King of Swing”.

Many of the Big Bands in the 30’s and 40’s, had featured vocalists.  Audiences loved singers like Billie Holiday and Ella Fitzgerald, who both got their starts with Big Bands. As Ella once said, “The only thing better than singing is more singing.” Frank Sinatra (who’s signature song, Luck be a Lady could be in our set) began his career crooning with the bands of Harry James and Tommy Dorsey. The Dhahran Big Band has its own terrific vocalists, so you may hear some great tunes by the likes of George and Ira Gershwin (Our Love is Here to Stay) or Irving Berlin (Blue Skies) featured in our show.

Not all Big Band music is from out of the distant past, some is much more recent. We are very lucky to have been given a number of charts from Claude Bolling, French jazz pianist, composer, arranger and Big Band leader. Mr. Bolling is famous for his collaborations with musicians including Jean-Pierre Rampal, Django Reinhardt, and YoYo Ma. Thanks to his collaboration with us, you might get to hear the Dhahran Big Band take on the Claude Bolling arrangements of La Mer or C’est Si Bon, or one of his original pieces like Paul’s. Other musicians have shared their work with us as well. We could perform Reflections on a Sufyana Melody, which was arranged for the Dhahran Big Band by Chris Madsen in 2014.

The Dhahran Big Band loves to play all sorts of music. We have just one criterion for our set list, which we share with Louis Armstrong, trumpeter and singer, and one of the most important figures in jazz. Satchmo once said, “There is two kinds of music, the good, and the bad. I play the good kind.”  We like to think that we also play the good kind. We hope you enjoy the show.

This concert is part of our Jazz Festival, featuring three days of live bands and jazz films.

Refreshments will be served prior to the concert from 3:30 pm.

This event is brought to you by the Office of Enrichment Programs in collaboration with Graduate Affairs and the Arts Office. 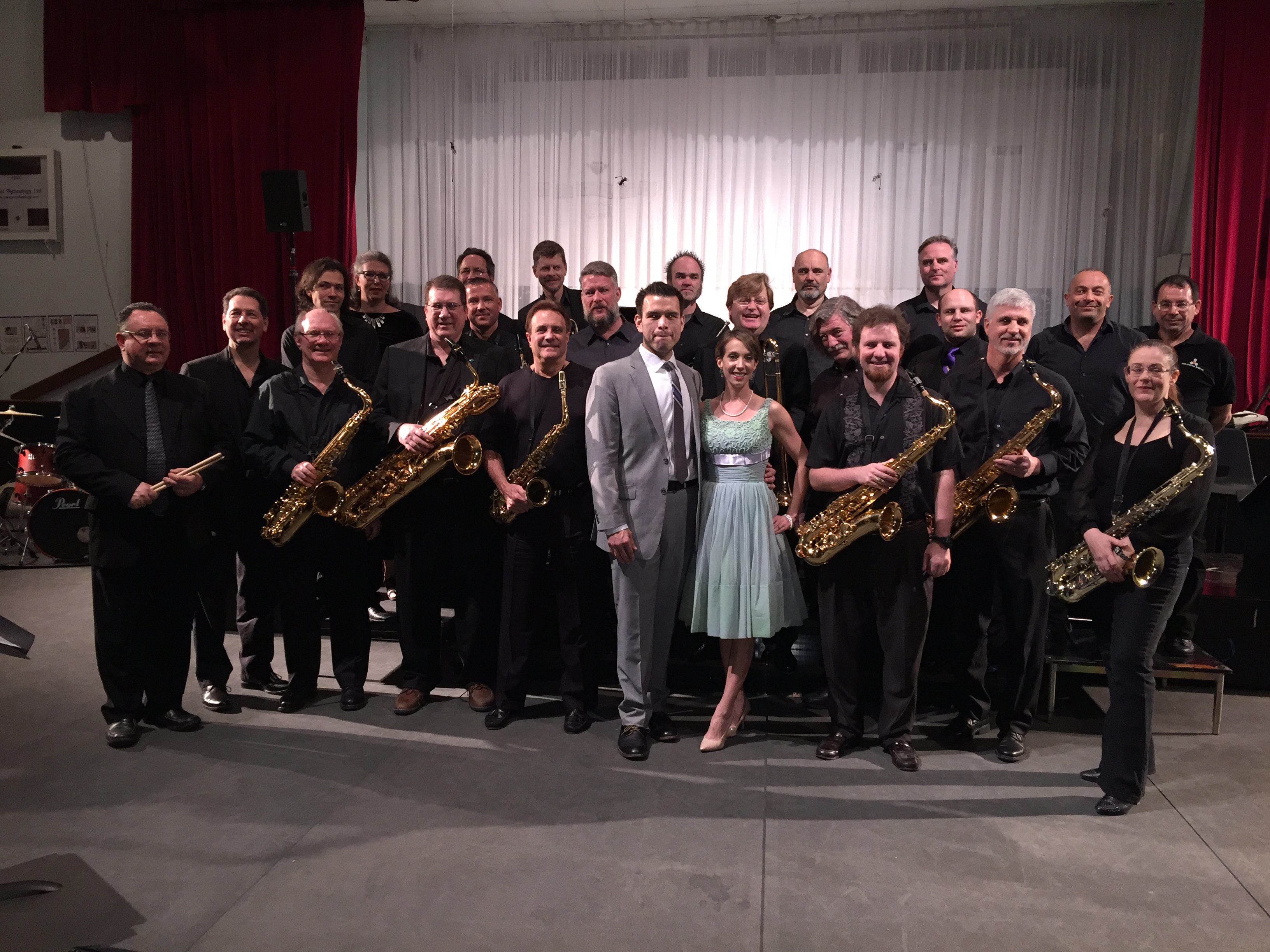 In late 2012, the founder members of the Band started to gather musicians for a possible band to play ‘Swing’ music and 11 musicians were soon interested. The first rehearsal took place on 20 January 2013 and the first gig was played on the evening of 17 April 2013 in a closed garden on Aramco Dhahran. This was followed by the Band’s first exposure to the public at Sara Compound on 25 April. The first ‘paid’ gig was overseas at the Sofitel in Bahrain on 21 June 2013.

Gradually, as the Band played more gigs, the word spread and new members came forward or were basically coerced. The current line-up includes a total of around 25 musicians who hail from Australia, Canada, France, Germany, Norway, Portugal, UK and USA. Although the common language is English, the Band have found various differences between British and American musical terminology.

The Dhahran Big Band practices weekly and aims to arrange a gig or concert around once per month.