Wild-Card: When Scientists and Artists Collaborate

This panel brings together scientists from environmental and material science at KAUST and ETH Zurich and artists from Saudi Arabia and Switzerland to discuss the potential of connecting heterogeneous knowledge from the Arts, Science and Technology. How can the explorations of scientific and artistic practices provide a more holistic understanding of situated knowledge and disciplinary quests? How can pushing the disciplinary boundaries contribute to shaping sustainable futures? What is the potential of shared visions to help solve global challenges? These are some of the questions that Francesca Benzoni (Red Sea Research Center), Christopher Robinson (Stream Ecology Group, Eawag, ETH Zurich), and artists Muhannad Shono (KSA) and Julian Charriere (Switzerland) will explore together. To connect art and science, in 2016, KAUST started a partnership through the Enrichment of Office with the artists-in-labs program (AIL) of ZHdK. The partnership brings a collaboration between scientists and artists to enhance the dialogue between art and science. It is co-financed by KAUST, Swiss Arts Council Pro Helvetia, and Zurich University of the Arts (ZHdK). This session will be moderated by Irène Hediger, head of the artists-in-labs program (AIL), which is part of the Department of Cultural Analysis at Zurich University of the Arts.

Robinson is a Senior Scientist at the Swiss Federal Institute of Aquatic Science and Technology and lecturer at ETH Zürich, Switzerland. His study is stream ecology, with a focus on alpine streams and those fed by glaciers. His primary interest is in aquatic insects' ecology in streams but has conducted microbes' studies on entire river ecosystems. His research has been conducted throughout the globe in collaboration with numerous researchers in the field. He has been active in the artist-in-labs program since 2005, with at least seven artists being resident in his group as of today. He strongly appreciates the perception and understanding that artists bring to his research in aquatic ecology.

Dr. Francesca Benzoni is an Associate Professor of Marine Science in the KAUST Red Sea Research Center (RSRC). Prof. Benzoni is a marine biologist and her research has focused on the evolution, diversity, and ecology of corals and coral-dominated assemblages in the Indo-Pacific region, with a strong focus on the seas around Arabia.Prof. Benzoni has contributed to major advances in the field of hard corals integrated systematics and biogeography through a multidisciplinary approach. Her work has led to the discovery and description of new coral taxa and to the revision of the whole lineage. Concurrently, she has studied the short and mid-term effects of local and global environmental changes on the composition and structure of coral-dominated benthic communities.Prof. Benzoni has organized several international oceanographic expeditions and workshops aiming at the exploration and study of coral reef diversity throughout the Indo-Pacific. Moreover, she has led training activities in various countries to promote and sustain the knowledge transfer to local communities and stakeholders. As a consultant, she has led or been involved in different coral reef monitoring and habitat mapping studies in the Arabian region.At KAUST, her fundamental research addresses the diversity, characterization and evolution of benthic marine organisms and habitats. Her applied research questions concern the patterns of spatial and temporal changes in reef benthos diversity and distribution in a time of environmental change in the Red Sea. 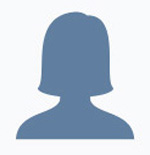 Irène Hediger is head of the artists-in-labs program (AIL), which is part of the Department of Cultural Analysis at Zurich University of the Arts. Through her long-term engagement as head of the AIL program, she promotes inter-and transdisciplinary exchange and praxis at the interface of art, technology, and science. In 2009, she initiated the International artists-in-labs Residency Exchange program and, in 2017, started the KAUST-Swiss Residency Exchange in partnership with the Enrichment Office. She has curated numerous exhibitions and accompanying programs on contemporary art, technology, and science such as: „Think Art – Act Science“ Barcelona, San Francisco, and other destinations, “Quantum of Disorder,” “(in)visible transitions,” “Displacements – Art, Science and the DNA of the Ibex” and “Propositions for A Poetic Ecosystem” in Jeddah. She writes essays and has published three books on art and science. Hediger is a jury member of the Swiss National Science Foundation Scientific Image Competition. She holds a degree in Business Administration, Group Dynamics and Organizational development (DAGG), and a MAS in Cultural Management from the University of Basel.

Julian Charrière & egrave;re is a French-Swiss artist born in 1987 in Morges, Switzerland, and based in Berlin, Germany .Charri & egrave's research-based work varies between photography, performance, intervention, and sculpture. His artistic practice includes working in remote places with acute geophysical identities such as volcanos, ice-fields, and radioactive sites, where he investigates the relationship between human civilization and the natural landscape. Charri & egrave studied with artist Olafur Eliasson at his Institute for Spatial Experiments at the Berlin University of the Arts. He has exhibited his work at museums and institutions worldwide, including the Musée des Beaux-Arts de Lausanne in Switzerland; Centre Culturel Suisse in Paris; Haus der Kulturen der Welt in Berlin; Kunsthalle Wien in Vienna; Neue Nationalgalerie in Berlin; the Museum of Contemporary Art in Tokyo; The Kochi-Muziris Biennale in India; 12th Biennale de Lyon in France and at the 57th Venice Biennale in Venice.Julian Charri & egrave received several awards and residencies. Amongst other the Kaiserring Stipendium f& uumlr junge Kunst, 2016, and the Kiefer-Hablitzel Award in 2013 and 2015.In 2018, Charrière is entering a collaboration with La Prairie. The Swiss luxury skincare brand is acting as a patron towards his film «Towards No Earthly Pole» shot during expeditions to the frozen landscapes of the Arctic regions and Switzerland. The film will be shown at Charrière’s upcoming exhibition, opening in October 2018 at MASI Museo d’Arte Della Svizzera Italiana in Lugano, Switzerland. With La Prairie Charrière will present exclusive material from his expeditions, including behind the scenes footage. The images will highlight an otherwise hidden majestic landscape: a poetic interpretation of the “power of light.” The collaboration will be presented at Art Basel Hong Kong in March 2018 where Julian Charri & egrave will assemble a special installation within the La Prairie collectors' lounge.

Though a storyteller and an illustrator at heart, Muhannad Shono never shied away from change, constantly seeking new approaches to technique, mediums and technology. From delicate ink on paper to large-scale experiential and technological installations, his work deals with the singular, the minute, and the individual unit of thought and how it then coagulates into systems of belief, tribalistic action, and human formation factions. A product of several generations of forced migration, his family settled in Riyadh, where he was born, grew up, migrated away from, and is now based there again.